The third star in my Constellation Series released today! After months of revealing the pattern - piece by piece - as part of a mystery quilt along, I'm so excited to share my newest foundation paper pieced pattern, Arcturus Shield. Each of my patterns in the series are inspired by stars and constellations and I came to choose Arcturus as a result of an accidental design element. But more on that later. First, let me tell you more about the star, Arcturus:

Here's how to spot Arcturus according to an article written by D. Byrd and L. Sessions for Earthsky.org:

" [...] for Northern Hemisphere observers – it’s visible during some part of the night throughout most of the year. There’s an easy mnemonic for remembering how to identify this brilliant orange star. Just remember the phrase: follow the arc to Arcturus.
First, locate the Big Dipper in the northern sky. Notice that the handle of the Big Dipper is a curve or arc. Extend this curve past the end of the Big Dipper’s handle, and you’ll come to Arcturus." 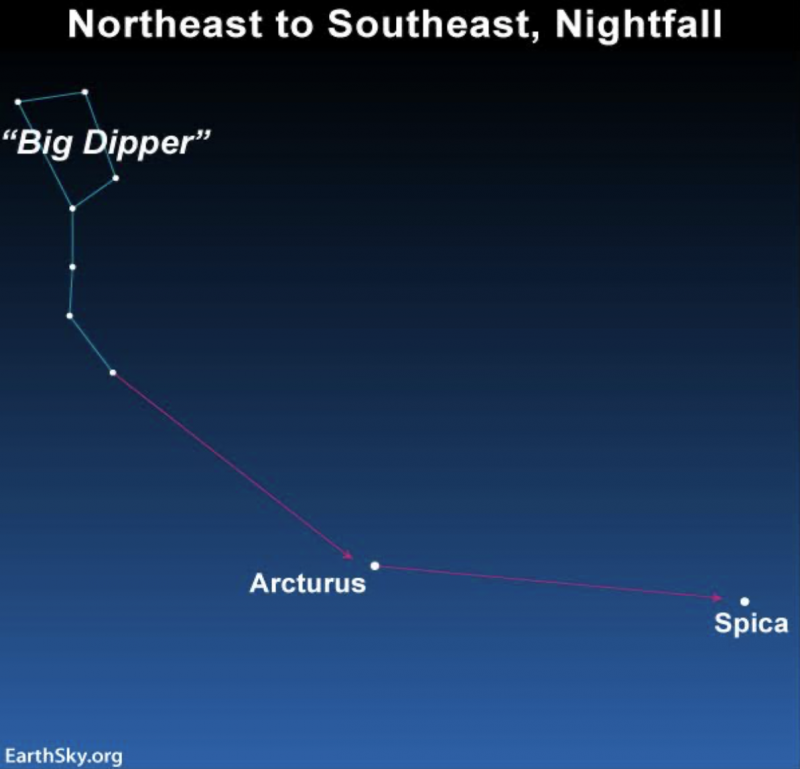 You can read more about Arcturus (and I assure you, there is more to learn!) by checking out EarthSky.org.

Now, let's talk design. I begin each design with a loose sketch. A playful exploration with pen, paper, and unbridled imagination. The initial shape (two overlapping triangles) came about organically and I wanted a traditional star look after Orion's Spur. The pattern veers away from the previous two designs in a few ways, but one thing remained - a hidden design element between each of the templates. I used a different set of colours for a second propeller-like triangle, and a more aggressive angular design to pair with Arcturus, the Guardian of the Bear. And so his shield came to be. What I didn't realize until I was sitting here writing this post is that there is another element of the design whose meaning fits well with this story. As I mentioned above, when Arcas encountered his mother, the bear, he pulled his arrow to kill it. The yellow sparks surrounding Arcturus and his Shield look like arrow fetchings!

You can see that sometimes a story or an inspiration seeks you out, and has the potential to develop and deepen at any stage of the journey. A simple geometric design like Arcturus Shield is now a little more than a pretty cool graphic.

The pattern is now available in the shop.

Make the Most of Your Fabric Scraps when Foundation Paper Piecing
June 8, 2022

How to Foundation Paper Piece without Cutting Instructions: An Illustrated Tutorial
May 25, 2022